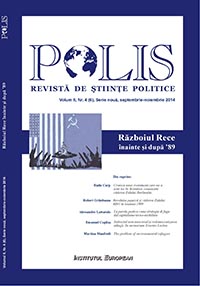 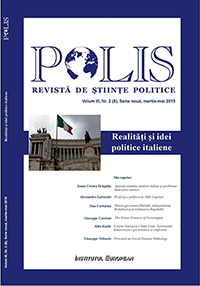 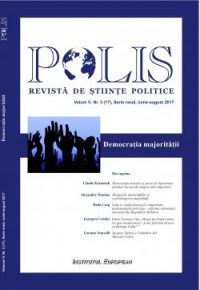 In 2013, based on a partnership with our publication, the European Institute Publishing House launched the POLIS Book Series, coordinated by Daniel Șandru. The following titles have been published in this series:

Mass-media and Democracy in Post-communist Romania

(2nd edition, revised and updated), with a Preface by Emil Hurezeanu 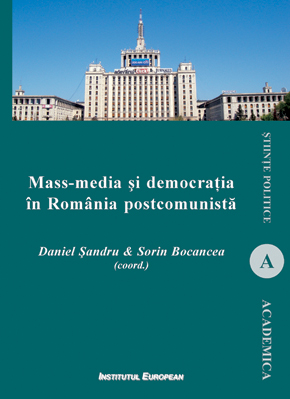 As a practitioner who is also tempted to theorize his own actions I must confess that I am overwhelmed by the summa of information, comparison, and even innovation, represented by this book. (…) The authors (…) – numerous, learned people, malleable in their readings and in interpreting life, with a sound and yet bearable academic background – picture in these hundreds of pages the most complete and convincing scan of this phenomenon. It is mobile, opaque, deceiving, and, of course, tumor-like, but it is here that lies the purpose of an expert’s X-ray scan: to pinpoint one’s sores and deliver them packed with one’s medicines. I admire the quantity and quality of the synchronous and compared information devoted to the Romanian mass-media; this information remains hidden to those who limit themselves to watching Romanian TV channels or reading Romanian newspapers. It seems the media should not be worthy of such attention and science. The Academia took the first step forward, more confidently and calmly (and in a worldwide patentable manner) than the subspecies who happened to cross its path: politicians, journalists, media moguls, lonely or public intellectuals, stenographs, aristocrats of the mind, new petty retailers or old merchants. I have been waiting for a long time for such a comprehensive, multicolored picture, with a faultless notional and empirical focus, with a heuristic range that fits both the guinea pigs of the analysis and the naïve visitors of this zoo.

The main purpose which is to be fulfilled by this book – and which has otherwise been assumed since the publication of the first edition – is to mirror, from the area of interdisciplinary academic research, supplemented by journalistic inquiry, the image of our transition society from the viewpoint of two of its most important dimensions: politics and the press. Naturally, the volume also bears the mark of 23 years of post-communism. Without claiming to make predictions, the book is an updated analysis of the recent past and of a present that has not been overcome yet. Ultimately, it is the “picture of a stage”, and this does not mean that the main characters captured within this relationship are unlikely to witness new developments. However, just like in the case of a family photo album, we believe it is important to know that these developments also have a past, which, as any other past, leaves an indelible mark on that which, at a certain moment in time, is to become the present. 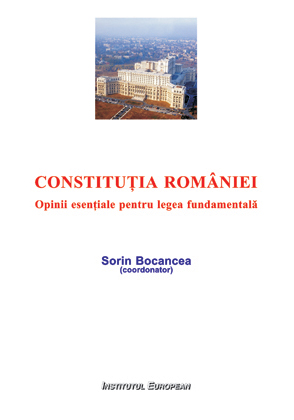 This book will have the fate of any other book: to be or not be read, to be or not be understood, to be or not be contested or praised, etc. Yet such projections do not make writers give up on writing or researchers not publish the outcomes of their studies. We assume the same risks. What is important is that the year when the fundamental law of Romania was revised we did our duty not to be silent. Today we are few, tomorrow we will be more. Democratic society is built step by step and by meeting the crucial condition of involvement. It is impossible for us to know whether the target audience takes our endeavor into account, but it is important that we did our duty of citizens with democratic convictions: we expressed our opinions. Even for this reason alone, when the fundamental law is being revised, our opinions are essential. 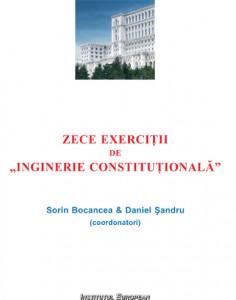 Because all the political actors in Romania declared that 2013 would be a year devoted to debates on the contents of Romania’s new Constitution, the Faculty of Political and Administrative Sciences of “Petre Andrei” University of Iași and the Institute for the Study of Ideologies launched the project Constituția României. Opinii esențiale pentru legea fundamental / Romania’s Constitution. Essential Opinions for the Fundamental Law; it fostered a series of debates which focused on ten major themes: Romania – “unitary nation-state”, type of political system, type of parliament, parliamentary immunity, the use of emergency orders, the new administrative-territorial reform, the status of the Constitutional Court, the role of referenda in the law-making process, the role of the Superior Council of Magistracy, and the definition of citizen rights. These ten themes were debated on in just as many TV shows broadcast live by the Prima TV Iași and TELE Moldova Plus TV stations. This book encompasses the transcripts of these shows.